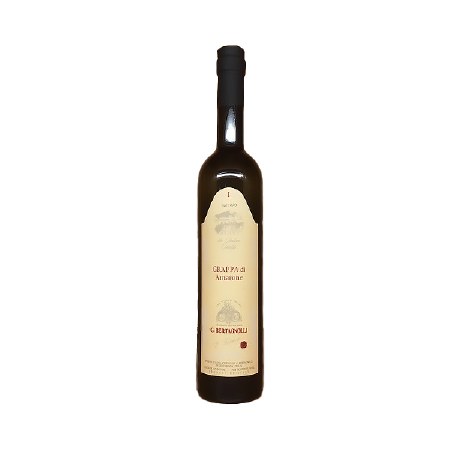 The Bertagnollis developed an advanced bain marie cooling system a double boiler whereby a double-bottomed copper pot distributes heat evenly without exposing the pomace to direct heat. Grappa is now made at the Bertagnolli Distillery with six discontinuous alembics designed by copper maker Tullio Zadro, and all the distilling is still done in single batches. Additionally, the use of electronic monitoring has reduced the occurrence of human error. Attention to raw materials the pomace itself has greatly changed the face of grappa as well. In the past, wineries would over-press the grapes to extract the most wine possible, leaving dry, waste-like leftovers. Nowadays, Bertagnolli uses only the freshest pomace, gently pressed with a little liquid remaining.

Bertagnolli’s Grappa di Amarone, made with the characteristically rich and flavorful Amarone grape, can hold its own against strong, flavorful cheeses such as Parmigiano and Gorgonzola.